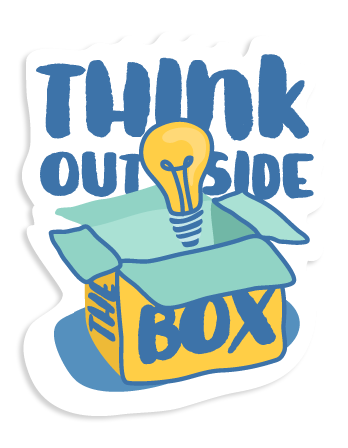 These puzzles involve some novel way of thinking or looking at the problem from an unexpected viewpoint. The term 'lateral thinking' was coined by Edward de Bono to denote a problem-solving style that involves looking at a situation from unexpected angles. Lateral thinking involves a combination of skills and traits, a few of which are creativity, perceptiveness, and the ability to identify and apply new approaches.

Why do Chinese men eat more rice than Japanese men?

Solution: There are more Chinese men than Japanese men.

There is a barrel with no lid and some beer in it. "This barrel is more than half full," said Chuck. "No it's not," say Joe. "It's less than half full." Without any measuring implements and without removing any beer from the barrel, how can they easily determine who is correct?

The 15th and 17th presidents of Gondolia had the same mother and father, but were not brothers or sisters. How can this happen?

The same president was serving another term in office.

Three switches outside a windowless room are connected to three light bulbs inside the room. How can you determine which switch is connected to which bulb if you are only allowed to enter the room once?

If you were alone in a wooden hut in a forest, and there was an oil lamp, a candle and a stove and you only have one match, which would you light first?

A man rode into town on Monday. He stayed for three nights and then left on Monday. How come?

Monday is the name of his horse.